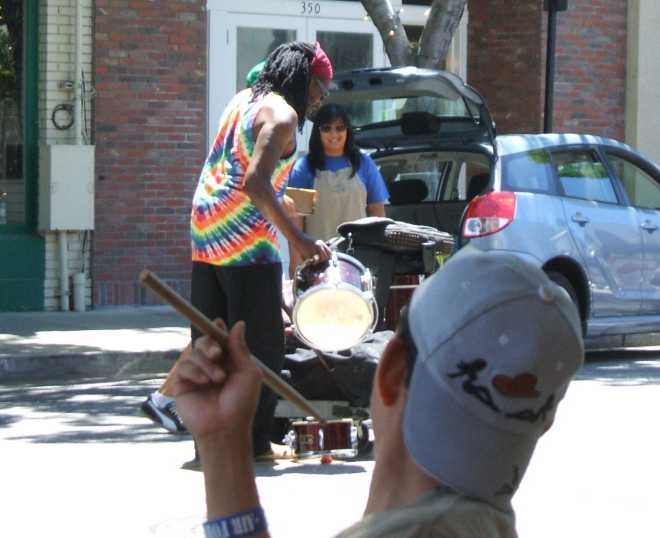 This poor guy was determined to tote all of his equipment, including his farmers market purchases, on top of this one little wagon. His load dropped to the pavement over and over again, snare drum and tom-tom rolling in different directions, until he wisely gave up and made a couple of trips instead of doing it all at once. Until then, he had everyone’s attention (and sympathy).

One of his drumsticks, which had rolled all the way to this coffee shop patron, was returned to him, as was the fresh-lit cigarette which dropped out of his mouth during these antics. Bystanders helped gather scattered strawberries several times.